Prizes will be mailed out over the next 7-10 days.

The 2022 Salt Cats season officially came to an end Monday night as the Spartans defeated the Salt Cats 8-1 in the Eastern Division Wild Card Game. Just one day after beating their crosstown rivals 2-1 in 10 innings to earn home-field in this game, the final edition of the Salt City Showdown of the summer went to the Spartans, who dominated from start to finish to earn the right to play the top-seeded Cortland Crush in the Eastern Conference Finals.

Jake Baldini was the first of six pitchers to toe the slab for the hosts, giving up five runs while falling one out short of four full innings. No pitcher was truly able to contain the Spartans offense, who hit through the order in the fourth to take the seven run lead. The Salt Cats only run came via a Bryce Richey RBI walk with the bases loaded in the fifth to make the game score 7-1 for a moment before the visitors got that run back the next half inning.

The Salt Cats season ends with an NYCBL regular season record of 19-20-3, 41 points and second place in a tough NYCBL East. The Spartans get revenge after losing last year’s Wild Card Game 2-1. The Salt Cats were 21-24-5 overall,

The team and Coaching staff would like to thank our fans, sponsors and players families for their constant support and help throughout the season.

A special thanks goes out Dr. Pisik for his never ending work in taking care of the Salt Cats on a daily basis and to Director of Concessions,Karen Pisik who ran our concession stand throughout the season.

A special thank you to our Director of Baseball Operations, Joe Miczan for his efforts during the season. He was the Go to Guy for sure.

Finally, special thanks to the best Game Day broadcast crew in the NYCBL which included Austin Platt, Gio Heater and Will Hentschel, The Cats wish you all well as we move forward in preparation for the 2021 NYCBL season.

IF Martin Bailey (Thomas More U)

OF Matt Rinaldi (Pace U)

IF Bryce Richey (Spring Arbor U) 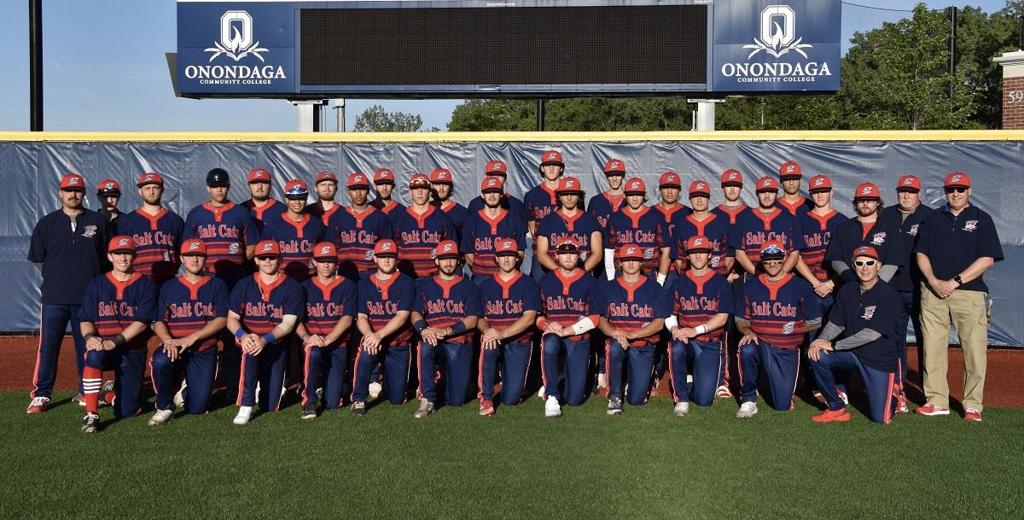 HELP SUPPORT THE 2023 SYRACUSE SALT CATS.....CLICK THE LINK BELOW 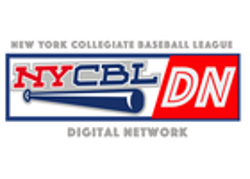 WATCH /LISTEN TO ALL OF OUR GAMES ON THE SALT CATS BASEBALL CHANNEL (SCBC) VIA THE NYCBL DIGITAL NETWORK.

THE HOME BROADCAST'S ARE BROUGHT TO YOU BY:   EMPIRE FEDERAL CREDIT UNION!

GAMES MAY BE VIEWED FREE OF CHARGE VIA ROKU TV OR AMAZON TV ON YOUR HOME TELEVISION OR BY LIVE STREAM FEED FROM YOUR LAPTOP.

CLICK  THE LINK ON THE TOP LEFT TO LISTEN OR BELOW RIGHT FOR ROKU OR AMAZON VIEWING . ENJOY THE SEASON.  IT'S GOING TO BE A GOOD ONE.

For those viewers with ROKU or Amazon TV  click on the THE LINKS BELOW and SEARCH NYCBL for the games.

The link for ROKU TV is:

The Link for Amazon TV is:

Welcome to the 2023 Salt Cats Website! SEE PLAYERS BELOW 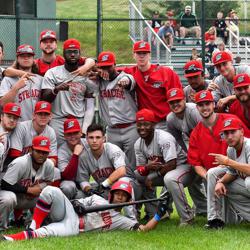 The Salt Cats came into the NYCBL in 2010 after playing in the Eastern Collegiate Baseball League for two seasons. We have had several players from several Colleges and Universities located throughout the United States and Canada and have enjoyed the experiences and quality of the soon to be 44 year old New York Collegiate Baseball League. The NYCBL is one of the most historic Collegiate Summer Baseball Leagues in America and is funded by Major League Baseball. All members of the NYCBL belong to  the National Alliance of Collegiate Summer Baseball and are governed by NCAA rules and regulations.  The league is partially funded by Major League Baseball.

The Salt Cats are one of the most active multi-media teams in the NYCBL!

STAY CONNECTED WITH THE SALT CATS ALL SUMMER LONG!

THE SCHEDULE  CAN ALSO BE FOUND IN THE SCHEDULE/RESULTS TAB....EXHIBITION GAMES ARE ALSO LISTED.

Former  Salt Cat and NYCBL All Star (2017-18), right handed pitcher Ian Foggo (Lenoir Rhyne) has signed a professional contract with the Houston Astros. Foggo spent one season with Lenoir-Rhyne after time at Division I Citadel and Charleston Southern and finished the 2021 campaign with 20 strikeouts in 11.1 innings pitched.

Ian was an NYCBL All Star Selection in 2018 after throwing 14.2 innings and earning 31 Strike outs. The Salt Cats wish him the best.

SEE SOME FORMER SALT CATS IN THE PRO'S BELOW:

Click on the tabs for the complete 2023 season regular season schedule including all Exhibition games.

Our games will be televised via ROKU and AMAZON TV as well as Radio streamed via TEAMLINE.... see information below.

Dan Fiorito (Salt Cats 11'12') was the new manager at the helm of the Double-A minor league affiliate of the New York Yankees for the 2022 season.

Once a standout on the diamond at Manhattanville, Dan Fiorito '12 is in his sixth season as a member of the Yankees organization, Fiorito was named the fourth full-time manager in team history following his 2021 stint at the helm of the Yankees' High-A affiliate Hudson Valley Renegades.

Matt Hardy  (Salt Cats 2014) has pitched as high as AAA and for the Panamanian national team. He is the grandson of fellow Panamanian team player Ossie Chavarría and nephew of David Chavarria. [1]

He was signed as an undrafted free agent upon his graduation from Nova Southeastern.  He was an NYCBL All Star and top prospect in 2014. 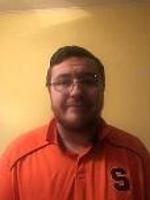 Joe Miczan will return to the Salt Cats 2023 staff as Director of Baseball Operations / Media Operations.  He will assist and help coordinate all media aspects of the Franchise inclusive of Social Media, Broadcasting and Marketing with the Live game broadcast crew.

He will also handle Baseball Operations and coordinate efforts between the Game Day Operations staff and the Media Broadcast staff. Joe will oversee Official scoring duties in the Press Box for all home games as well as work directly with the Baseball Manager.

Joe is a TA and Coach in the Solvay School District and is a Graduate of Syracuse University. He also is an Assistant football Coach at Solvay High.

He is a Broadcast Journalism major in the Newhouse School at Syracuse University.

During the school he works at two radio stations and helps cover teams all over the Syracuse University’s campus. I’m

He hails from Long Island, New York and has had a passion for baseball for as long as he can remember.  The 2023 Salt Cats welcome Charlie to the team.

GET YOUR SALT CATS GEAR ALL YEAR ROUND....CLICK:

CHECK THE WEATHER HERE OR IN THE PAGES TAB!!!!

UPDATES ON CANCELLATIONS AND POSTPONED GAMES DUE TO WEATHER! 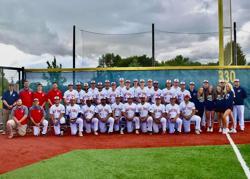 SUPPORT THE SALT CATS WITH A TICKET PURCHASE!

EMAIL:  Syracusesaltcats@gmail or mail check made out to: SSCBC Inc. 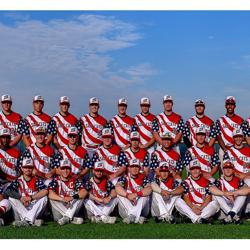 Visit our roster from the ROSTER / BIOS TAB !

OUR 2023 SCHEDULE is posted and can be viewed in the SCHEDULE/RESULTS tab above! 2023 schedule will be updated at that time. 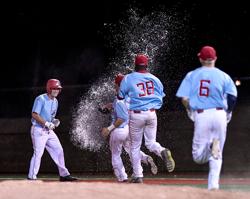 The Syracuse Salt Cats are already moving forward towards the summer 2023 season. Ticket packages are available as well as Sponsor Packages, both of which can be found in the "Pages"  tab in the menu. THE TEAM WILL HONOR THE 2022 TICKET PRICES. The team will host several sponsor nights which will be advertised on the website as well as listed in the team game schedule.

CLICK ON THE  ROSTER/BIOS TAB  FOR THE 2023 TEAM ROSTER

CLICK ON SCHEDULE  TAB TO VIEW THE 2023 FULL SCHEDULE 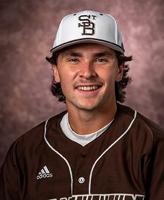 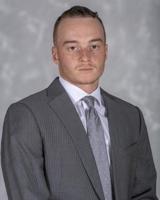 OUR STADIUM AT OCC 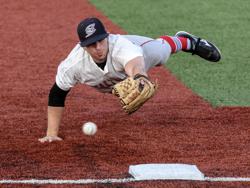 The Syracuse Salt Cats will announce the 2022 Sponsor Night schedule some time in Mid to late January 2022. Please stay posted.

Click Here to check out the schedule of gameday sponsors, and we truly thank each and every one of them for their support of the Salt Cats!

More information about sponsorship opportunities can be found on our website under the Support the Cause section. Thank you sponsors!

SALT CATS PLAN ON RETURNING TO HELP AT SAMARITAN CENTER

The Syracuse Salt Cats plan to once again volunteer at the Samaritan Center in Downtown Syracuse. The players will provide volunteer service and helped serve breakfast to those in need. They will set up tables, serve the meals and clean up. We in the Salt Cats Organization welcome the opportunity to  serve our community in the best way possible. We  appreciate our relationship with the Samaritan Center and the opportunity to give back to those in need. 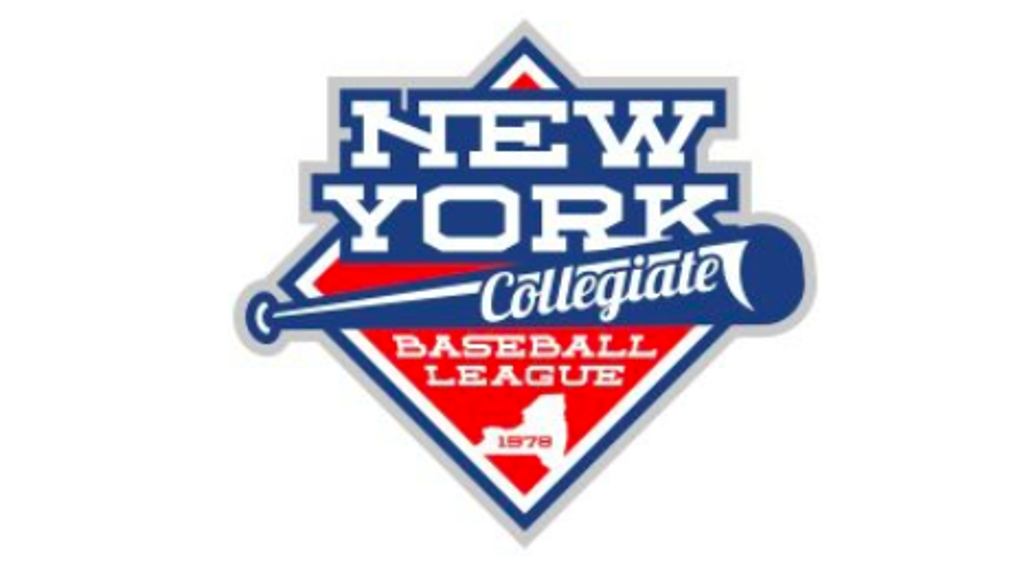 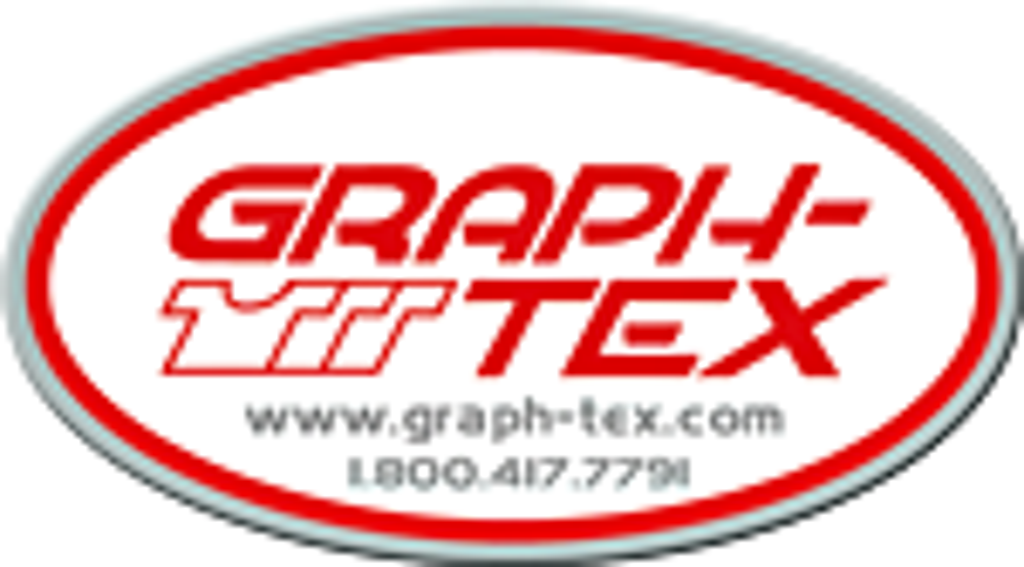 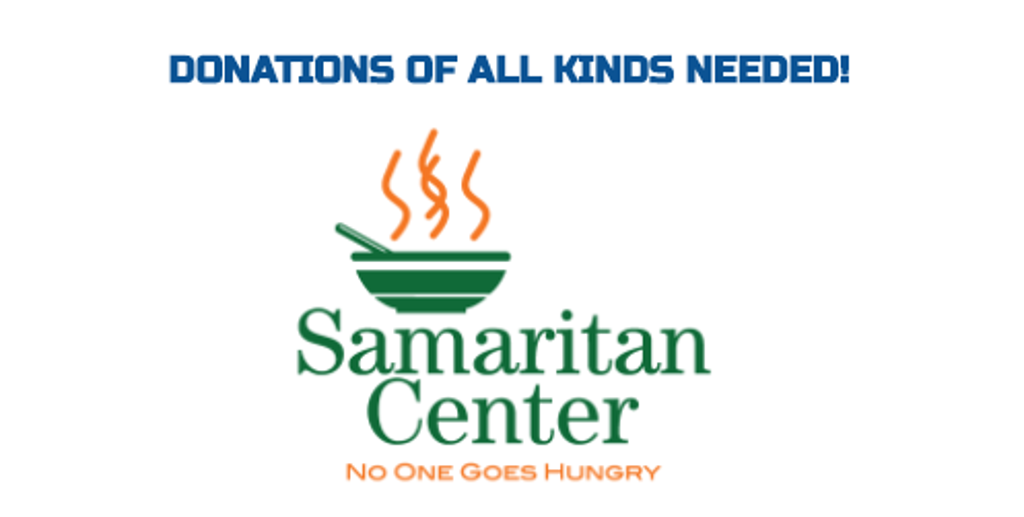 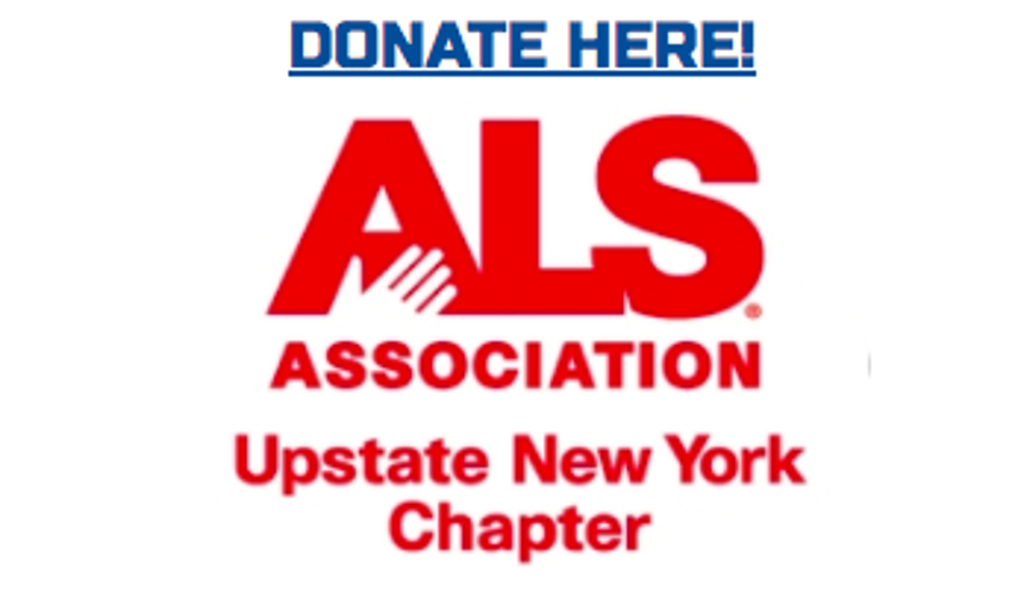 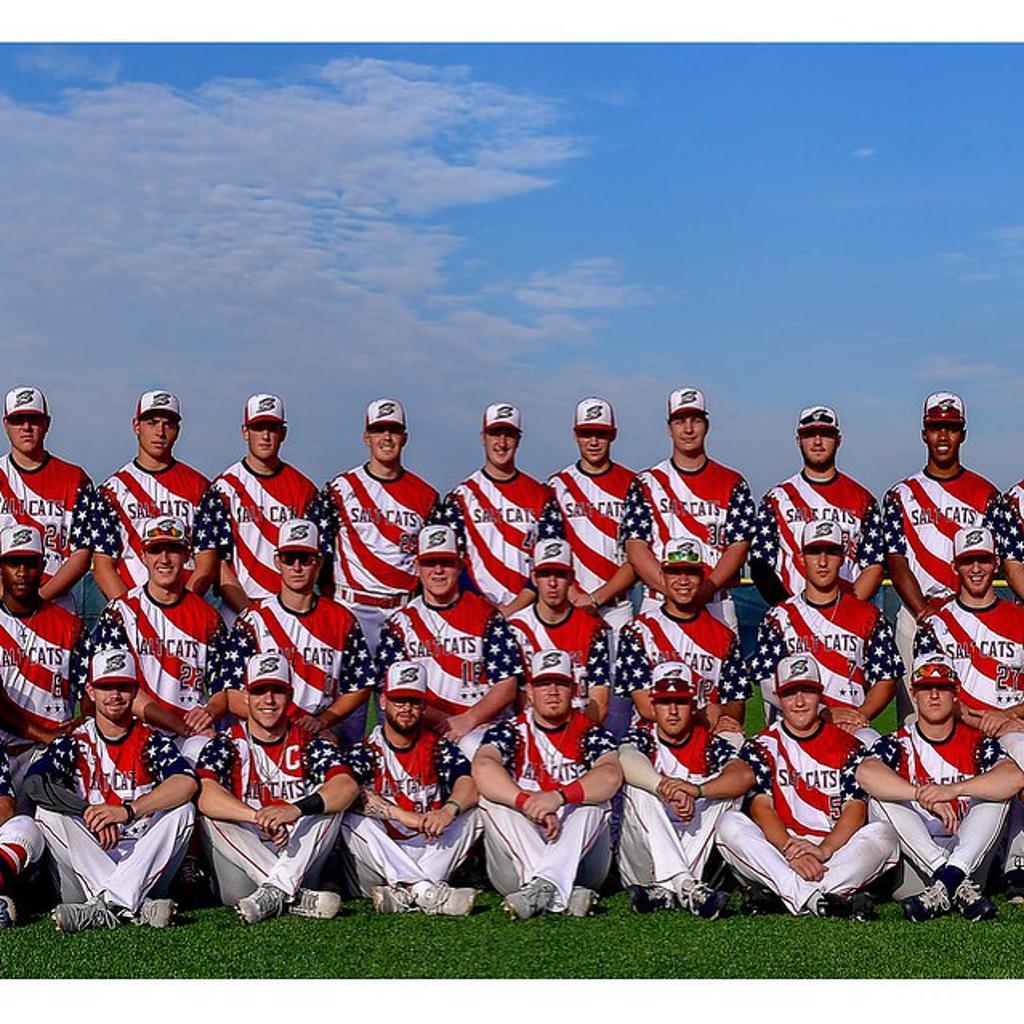 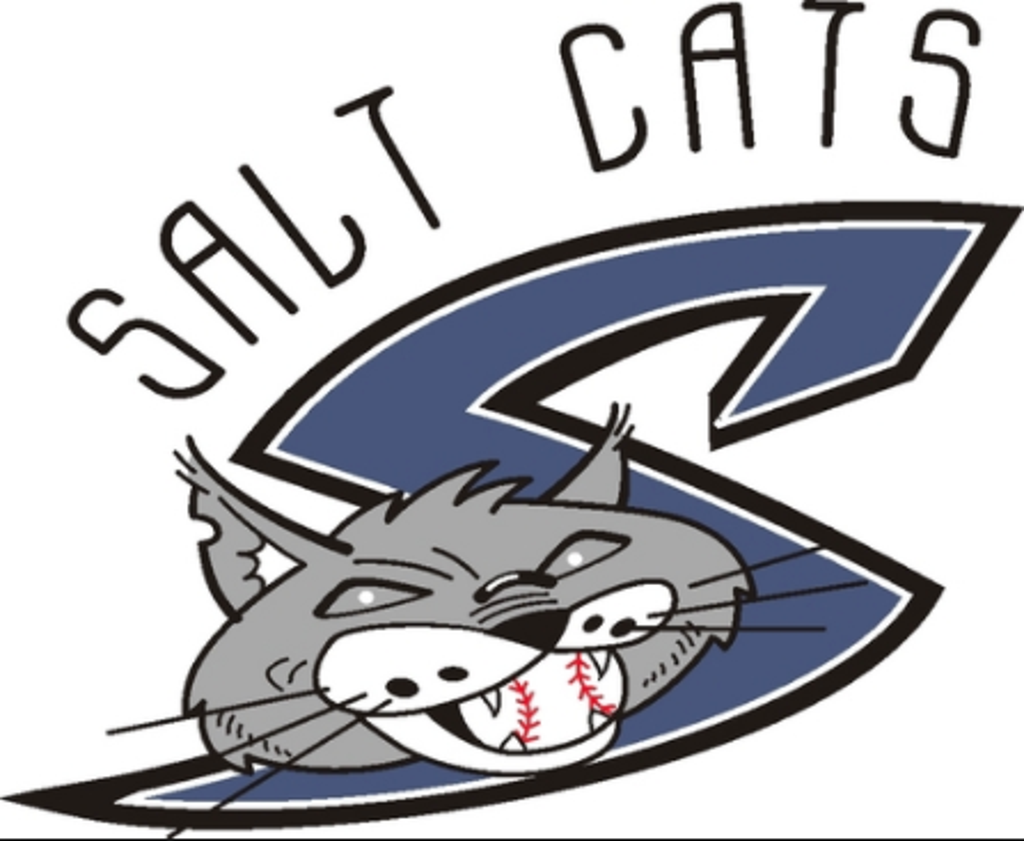